After establishing a campsite at Brooks Camp in Katmai National Park in Alaska, a destination known for its population of grizzly bears, Geoffrey Glassner set out on a hike. Minutes later he came face-to-face with a grizzly bear and its cubs.

Glassner pulled out his camera and began recording while walking backward toward camp in a nerve-wracking encounter:

“This is the first walk from camp that I’ve had since getting here on Friday, July 14th, and what I don’t want to do while walking backwards is stumble,” he said in the video. “So I will keep walking backwards. Come on guys, give me a break.

“I’m hoping they go off the trail at some point or somebody else comes along from camp.”

Nobody else came to help, but the bears did finally exit the trail. 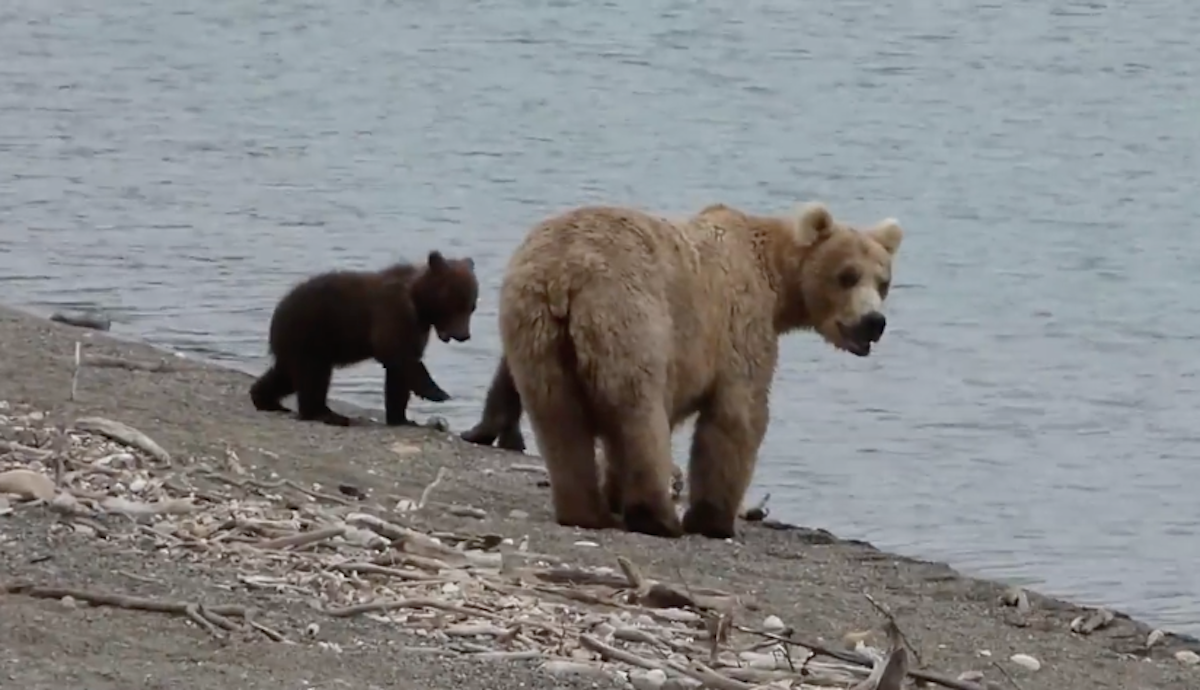 My concern was that the cubs would get too close to me and the result [would be] the mother bear taking action against me, viewing me as a threat,” he told ViralHog, which released the video Monday. “Eventually, the bears veered off trail, and went on the shore of Naknek Lake.”

It wasn’t known how long the grizzly bears followed Glassner, whose video cut away in the end to the bears walking along the lake going away from him. He admitted to ViralHog that he probably should have left the scene sooner than he did.

This Article was first published on Grind.tv

Watch: So You Want to Learn How to Wingsuit, Do You?

Watch: The World’s Best Slackliners Over the Spacenet in the Moab...

Watch: Russian Daredevil BASE Jumps in the Himalayas

Watch: Sharing is Caring – Acro Paraglider Hitches a Ride from...

Watch: This is What it’s Like to BASE Jump at Night

Watch: This Guy Took a Ride in an Aerobatic Plane and...

Watch: This is What Happens When Paragliders Have a Traffic Jam

Watch: A Girl Riding a Wingsuit Jumper High Above The Clouds